Muscle and Its Role in Diabetes Risk

A widely-known but often misunderstood disease is steadily overtaking an increasing portion of the U.S. population. In this country, more than one-third of adults are at a high risk for developing this condition and causes about 330,000 deaths each year. This disease is diabetes.

Diabetes, type 2 in particular, is a condition affecting an ever-expanding pool of Americans. In fact, the Centers for Disease Control and Prevention (CDC) reports that 30.3 million Americans had diabetes in 2015. That’s nearly 10 percent of the population! Furthermore, about 90 percent of those people had Type 2 Diabetes, and those numbers are only expected to rise.

The steady increase in diabetes diagnoses is due, in part, to the obesity epidemic. 87.5 percent of adults with diabetes are overweight or obese according to their Body Mass Index (BMI), a simple health indicator based on the ratio of weight to height. However, these findings make it seem like only those with high body weight are at risk for diabetes, and that is not the case. In fact, so-called “skinny fat” people, individuals with a normal or low BMI but a high percent body fat, are at an increased risk to develop diabetes or prediabetes. As you can see, the underlying theme here is that, rather than a high body weight, it is an imbalanced body composition that increases the risk of diabetes. This is why it is important for those looking to reduce diabetes risk or manage their diabetes to understand their body composition.

Let’s first take a look at body composition. What is it and why is it important?

What is Body Composition?

The term “body composition” means exactly what it sounds like: the components that your body is made up of. Generally speaking, these components can be simply categorized as fat and fat-free mass. As you might expect, your fat-free mass, also called Lean Body Mass (LBM) is everything in your body that isn’t fat. It includes your lean muscle, organs, blood, and minerals.

The body generally needs a balance of LBM and fat mass to function optimally and maintain positive health. However, this balance is disrupted in many overweight and obese individuals due to excess fat.

Most people think that the ultimate goal for overweight individuals should be to lose weight, but this overlooks the bigger picture. In order to improve your health, get physically fit, and fit into those skinny jeans, you’re going to have to change your body composition. In other words, the goal for overweight individuals should not be to simply lose weight; instead, it should focus on improving body composition by reducing fat mass while maintaining or increasing LBM.

Not only will a more balanced body composition make you look leaner, but it can also reduce your risk of diabetes and other obesity-related disorders. Furthermore, it can have a positive effect on your metabolism. 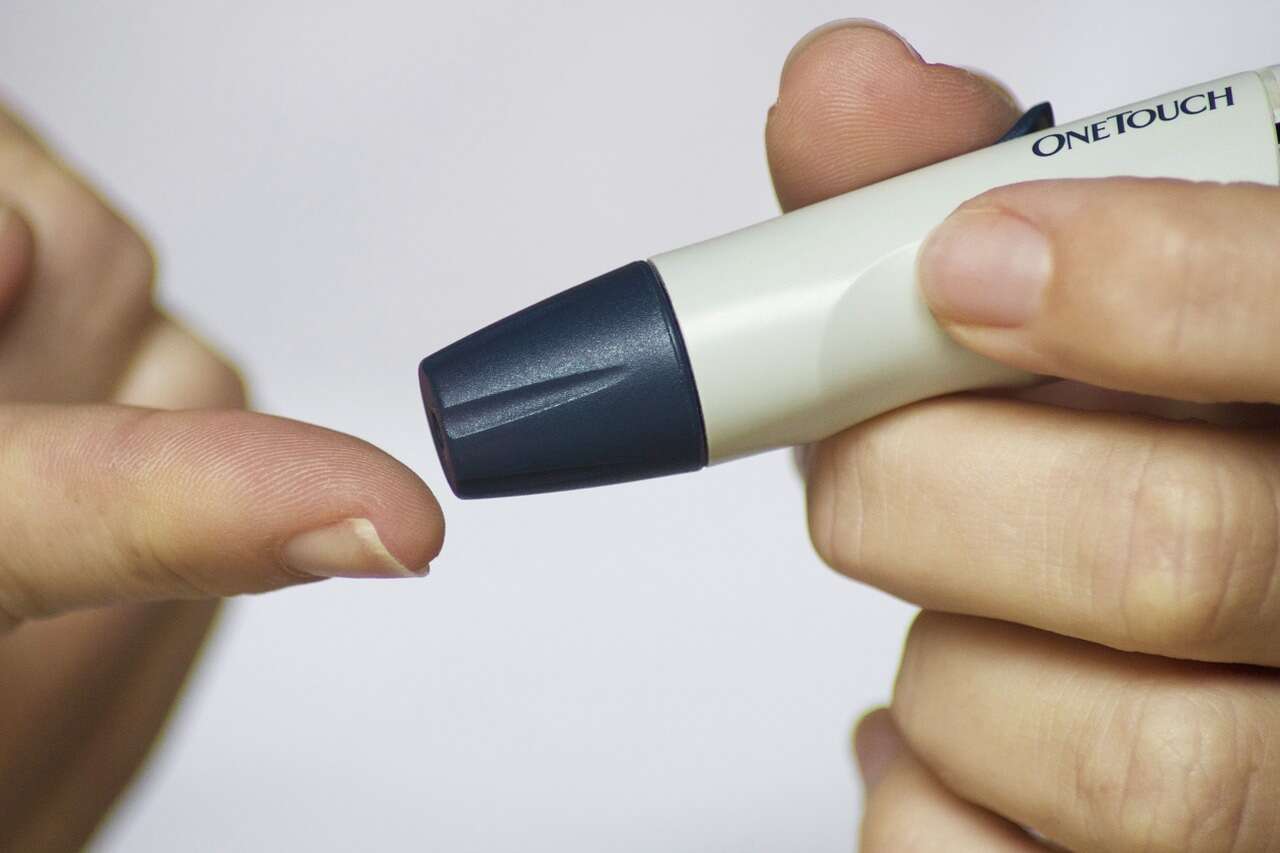 When most people think about metabolism, they imagine some magical system within the body that allows certain people to eat more food without gaining weight. In reality, metabolism simply refers to the process of breaking down foods in order to supply energy for the maintenance and repair of current body structures.

When you consume food, your body breaks it down into its elemental components and then directs each piece to where it needs to go. It looks something like this:

Seems like a relatively simple process, right? But for people with diabetes, the process doesn’t work the same way.

This is because diabetes is a metabolic disorder. It changes the way your body metabolizes food so that your cells are unable to use that glucose for energy. How? It all comes back to insulin.

Let’s look at that metabolism breakdown again. There are two places where insulin is key: the Phase 1 and Phase 2 insulin responses. Insulin is a hormone that helps your cells absorb glucose to use for energy. Your pancreas releases this hormone when it first detects the glucose from your food, and then it makes more insulin to use later.

In people with type 1 diabetes (T1D), the body does not produce insulin at all. In type 2 diabetes (T2D), the body produces insulin, but the cells can’t use it properly. This is called insulin resistance. Without access to insulin, glucose can’t get into your cells, so it ends up lingering in your bloodstream.

Of course, when the glucose can’t make its way out of the bloodstream, it will start to build up. All that excess blood sugar may then be converted to triglycerides and stored as fat. With this increase in fat mass, hormone imbalances or systemic inflammation may occur or persist, increasing risk for many other diseases or conditions. Diabetes is associated with increased risk for heart attacks, stroke, kidney disease, nerve damage, skin infections, and eye problems. Diabetes can even result in an impaired immune system, which, combined with poor circulation to the extremities, increases risk of wounds and infections, sometimes even leading to amputation of the toes, foot, or leg(s). In far too many cases, diabetes creates complications that eventually lead to death.

Effects of Type 2 Diabetes on Muscle 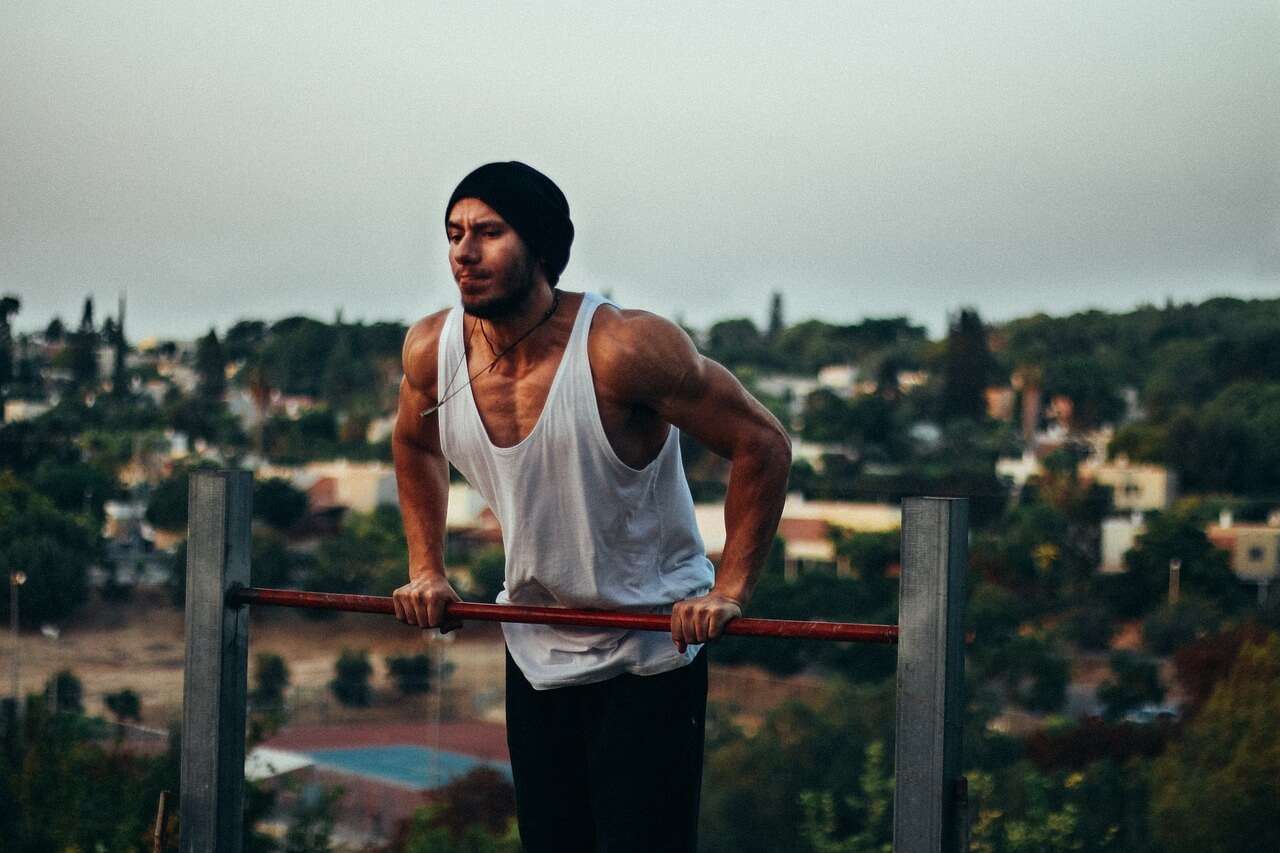 Many are already aware of the connection between high-fat mass and diabetes, however, more recently, researchers have begun to focus on another aspect of body composition as it relates to diabetes risk: Lean Body Mass. Many studies have shown strong links between Type 2 Diabetes  (T2D) and low lean body mass.

A large component of our LBM is our skeletal muscle mass, the muscles used for posture and movement. Unfortunately, diabetes is not only more common in those with less muscle, it can actually have negative effects on their muscle.

There are three main muscle characteristics that T2D affects: fatigability, strength, and mass.

Muscle fatigability refers to the rate at which your muscles become weaker after exercise or movement, and the amount of time it takes for them to recover or return to their full power. Researchers have known for years that muscle fatigability increases with T2D. When people with T2D perform an exercise, their muscles lose power faster than those of a healthy person.

Not only do T2D patients have both reduced muscle recovery and strength, they also start to lose muscle mass. In fact, the longer you have diabetes, the more muscle mass you tend to lose, especially in the legs.

As you can see, the raised blood glucose levels caused by diabetes and insulin resistance puts your muscles at a disadvantage for a number of reasons.

Here’s the good news. You can take control of your diabetes risk by improving your body composition. It all starts with Skeletal Muscle Mass.

Research has shown that increasing your muscle mass reduces your risk of T2D. For example, In a 2017 study, researchers in Korea and Japan followed over 200,000 otherwise healthy people who had no diabetes or prediabetes at the start of the experiment. After 2.9 years, the participants with more muscle mass were significantly less likely to have T2D: Yet another reason to include muscle building resistance exercises into your workout routine.

In fact, exercise is good for reducing diabetes risk as well as improving diabetic state all on its own. This is because exercise increases the delivery of glucose to our muscle cells. When you exercise, your muscles are exerting more than their normal energy demand, thus creating a higher need for energy/glucose to fuel them. In fact, resistance training has been shown to be particularly beneficial for T2D. Larger muscles require more energy, therefore the leg muscles, being the largest muscles in the body, are especially important for glucose uptake and regulation. Therefore, targeting the legs with resistance exercise may improve diabetes risk factors as well as promote physical function. As mentioned previously, those who are diagnosed with T2D often lose the most muscle mass in the legs, making leg day all the more important to maintain and build muscle mass to reduce the risk of diabetes.

Although type 2 diabetics are insulin-resistant, this increased demand for glucose from exercise helps to increase the efficiency of insulin to get glucose into the muscle cells, improving their diabetic state overall!

How to Improve Insulin Resistance with Diet and Exercise 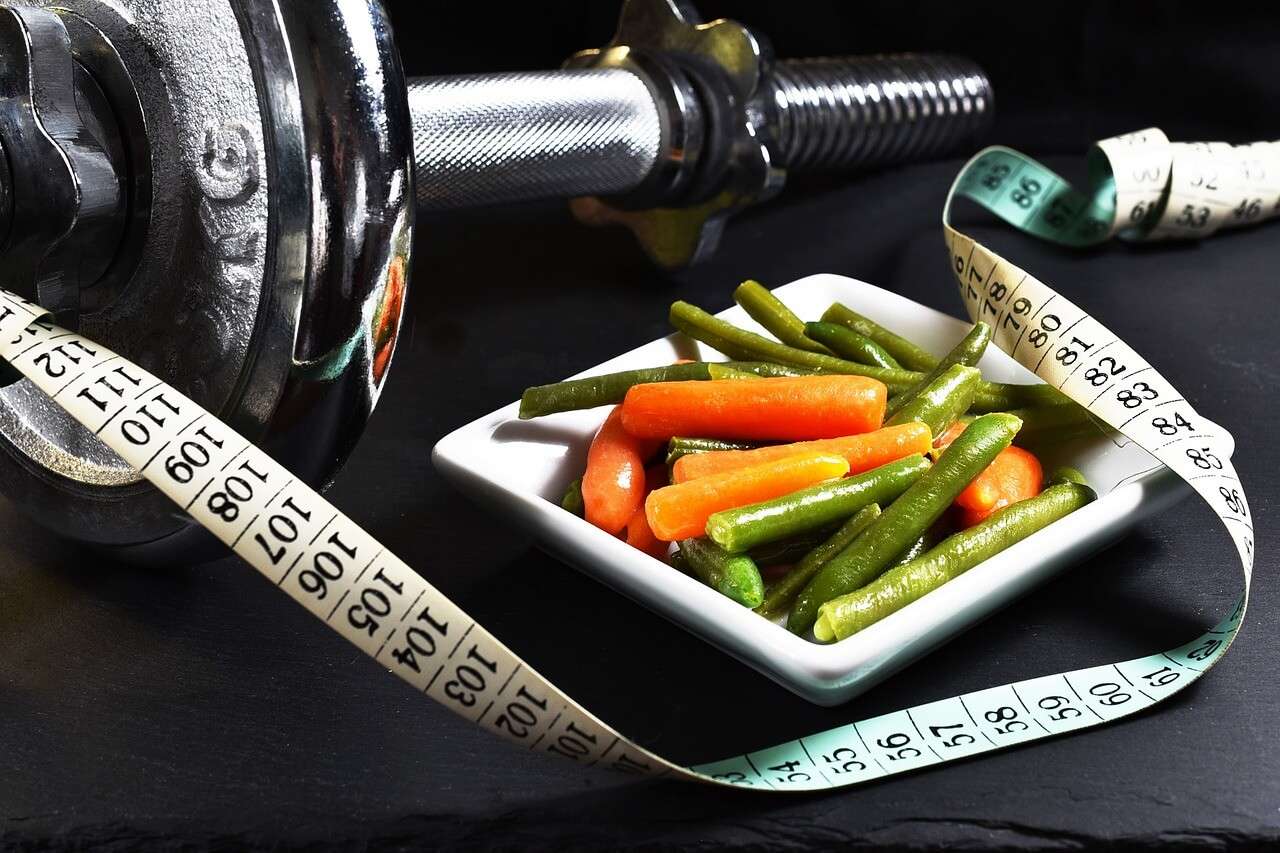 So what does this mean for you? We’ve talked a lot about diabetes and its relationship to your body composition. Remember, people with T2D and pre-diabetes are resistant to insulin, meaning their cells can’t utilize the insulin they need in order to absorb glucose from the bloodstream. Eventually, this can lead to a number of health complications and other debilitating diseases. However, we’ve seen that it’s possible to significantly reduce diabetic risk and, in some cases, even reverse T2D. Here are some diet and exercise tips that will help you improve your body composition and get to a healthy level of insulin sensitivity.

If you don’t currently have diabetes or pre-diabetes, the most important thing you can do to lower your risk is exercise.

In one study, researchers looked at data from the National Health and Nutrition Examination Survey III. The survey covered 13,644 adults who were not pregnant and not underweight. They reviewed each person’s muscle mass and compared it to their diabetes status. What they found was astounding.

For people with T2D and Prediabetes

If you already have high blood sugar or diabetes, there are still ways that you can improve that. First, resistance training 2-3 times a week can relieve some diabetic symptoms.

Regardless of the type of training you engage in, getting started is the first step. However, make sure you check with your health provider if you have diabetes or any other conditions before you start an exercise regimen.

The major takeaway here is that diabetes is not only a disease that has to do with weight – high body fat and low muscle mass both increase diabetic risk.

The main goal to reduce this risk or improve diabetic state is to improve body composition. This can be done by reducing body fat for those who are overfat, as well as building muscle for those who have low skeletal muscle mass. One study showed that people who increased their LBM while reducing their fat mass had a much lower risk of T2D than people who had high fat mass combined with high LBM, or low body fat combined with low LBM.

The best thing to do in order to have a better idea of your health risks and create attainable goals for yourself is to get your body composition tested. From there, you can make adjustments to your lifestyle to alter your body composition, if necessary, to reduce your risk for diabetes and other conditions. If you already have T2D or prediabetes, focus on losing fat while engaging the muscles with exercise.

Hopefully, you now have a better understanding of how your body composition affects your diabetes risk, and how you can harness the power of diet and exercise to control that risk. A low-sugar, high-protein diet combined with regular exercise, especially strength training, can improve your body composition and improve insulin sensitivity, among other benefits.

So what are you waiting for? See what you’re made of and get started on the path to a healthier life today!

Nicole Roder is a freelance writer specializing in health, mental health, and parenting topics. Her work has appeared in Today’s Parent, Crixeo, Grok Nation, Chesapeake Family LIFE, and the Baltimore Sun, among others.