Men have been working out to increase muscle mass for decades. Every generation comes up with new phrases that refer to this phenomenon, such as getting “ripped” or “swole” or “yoked,” as a result of men searching for the optimal physique that has been influenced by athletes, movie stars and other public figures.  In recent years, a new opposing trend has emerged in pop culture known as the Dad Bod. Instead of marveling at the muscular look, celebrities and every-men alike have embraced a rough-around-the-edges approach to the male aesthetic.

The term Dad Bod has been used to classify men who are slightly overweight and don’t possess a sculpted frame. The positive attention this new trend has received could be seen as an effort to promote a positive self-image in men who otherwise may have had some insecurities about the way they look. Society embracing an archetype that is more attainable by a higher percentage of the male population is an uplifting occurrence and allows men to realize that you don’t have to have the perfect body to be considered healthy and attractive. The human body does need a certain level of fat to survive, as fat serves as an insulator for your core body temperature and aids with hormone production. However, with obesity rates higher than ever, it’s important to emphasize weight management and metabolic health, so recognizing body types that are close to the optimal body fat range is a good start to improving general health.

The focus on Dad Bods have provided a positive shift in visual standards and self-image, which is very beneficial for the male population, but they can also promote dangerous habits as well. Here is how you can tell if your Dad Bod is a good look or evidence of an unhealthy lifestyle:

Dad Bods are thought by many to be caused by typical “dad” activities: eating a lot, drinking a lot, and exercising very little. You have probably seen on multiple occasions the “TV Dad”, sitting in his arm chair with a big plate of food and a beer, glued to his big screen. Making these activities an everyday routine can be a recipe for disaster on your health. While having the chiseled muscle tone of a bodybuilder seems like a far cry for TV Dad and other regular joes, moderation is almost always the way to go, and achieving your Dad Bod look shouldn’t exclude you from living a healthy lifestyle. 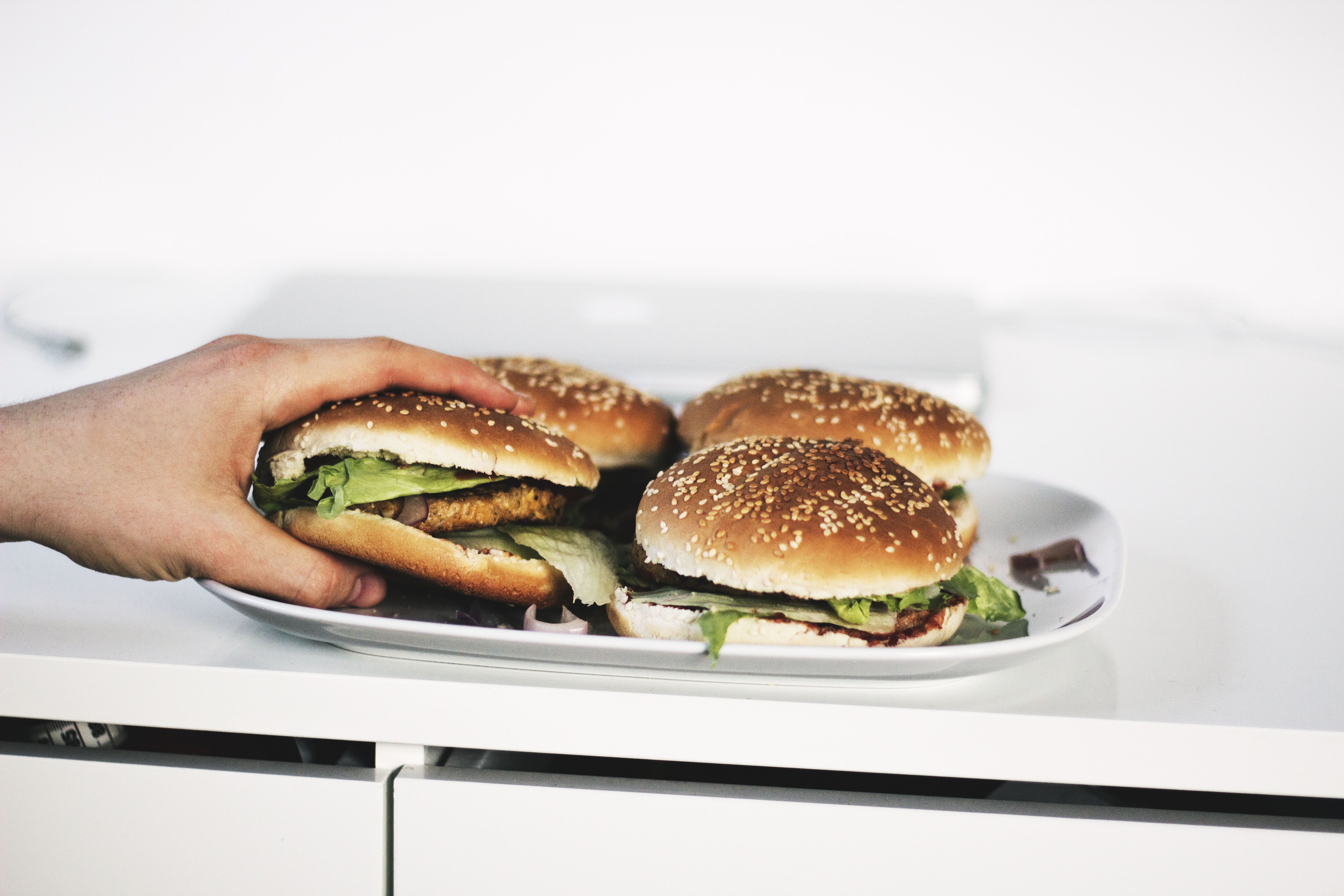 Overeating is a common problem in the present day, as taking in more calories than you need leads to the body storing the excess as fat. Too much body fat leads to a myriad of health issues, such as metabolic syndrome and diabetes. Overeating over extended periods of time can also lead to the development of visceral fat, which is a dense collection of fat tissue that sits in the trunk and surrounds the organs. Visceral fat is harder to get rid of, and often forms as a result of weight gain during adulthood. Its presence in the abdominal region causes the risk of hypertension to increase significantly, especially in younger men. It’s never too early to take control of your diet, as the habits you pick up during your college years can have long-term consequences and build an unhealthy base for your Dad Bod. Limit your caloric intake, and add more variety to your diet to avoid developing visceral fat around your waist. 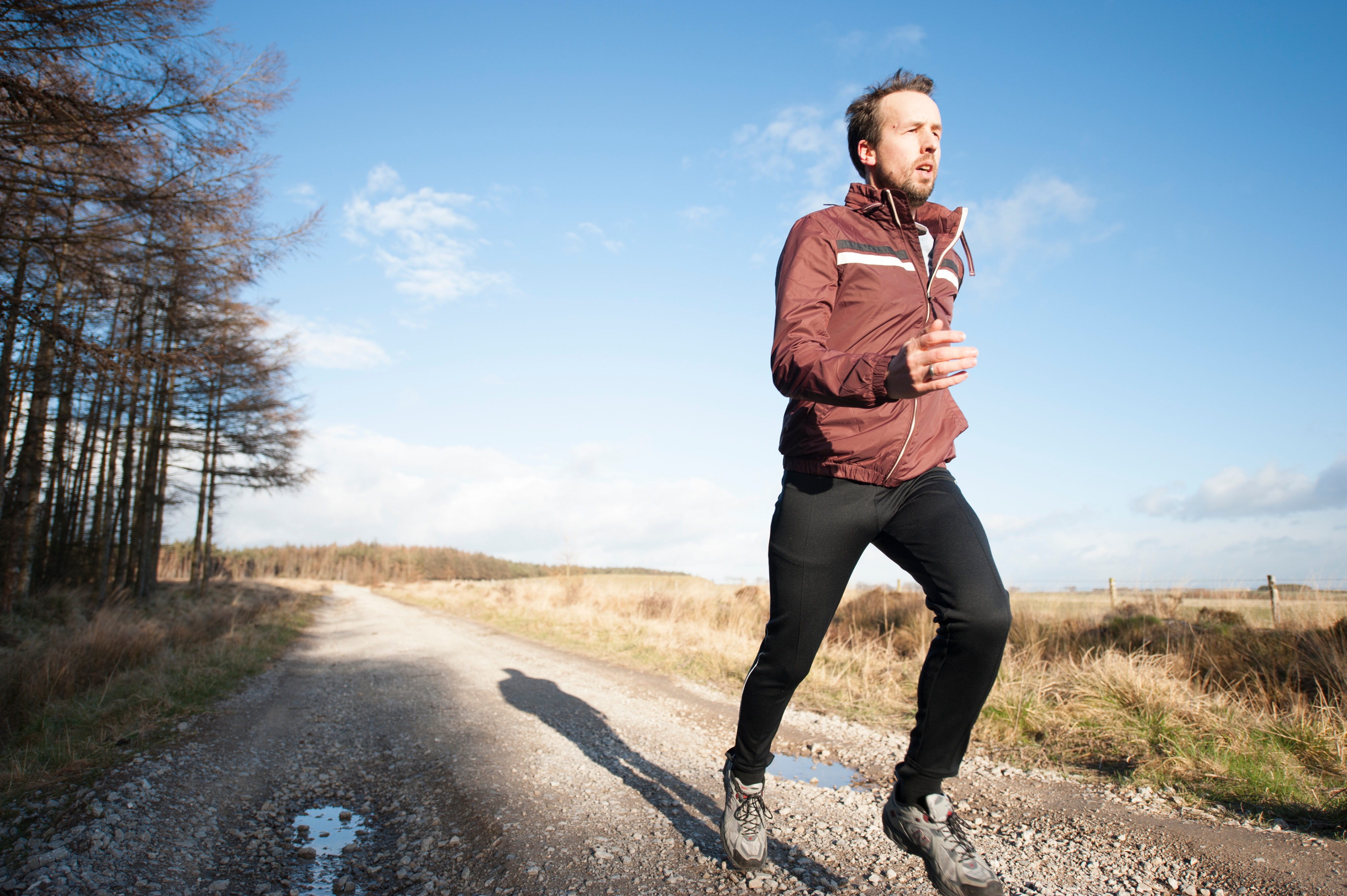 One way to offset the extra calories and combat the metabolic conditions that can be caused by a poor diet is regular exercise. However, even if you don’t think you carry a bunch of extra weight, a regular exercise regimen is important to ensure that you aren’t skinny fat. You don’t need to possess the muscle tone of a bodybuilder, but skeletal muscle tissue plays a large role in breaking down carbohydrates and promoting other regular body functions. The only way to develop muscle tissue is through exercise, so it can’t be ruled out even if you believe you have reached an acceptable weight.

An easy way to determine if you have solid metabolic health, no matter what body type you have, is to examine your lean muscle mass compared to your body fat. Those with Dad Bods should consider adding an exercise program to their daily routine, especially resistance training, as the benefits are too vital to pass up. 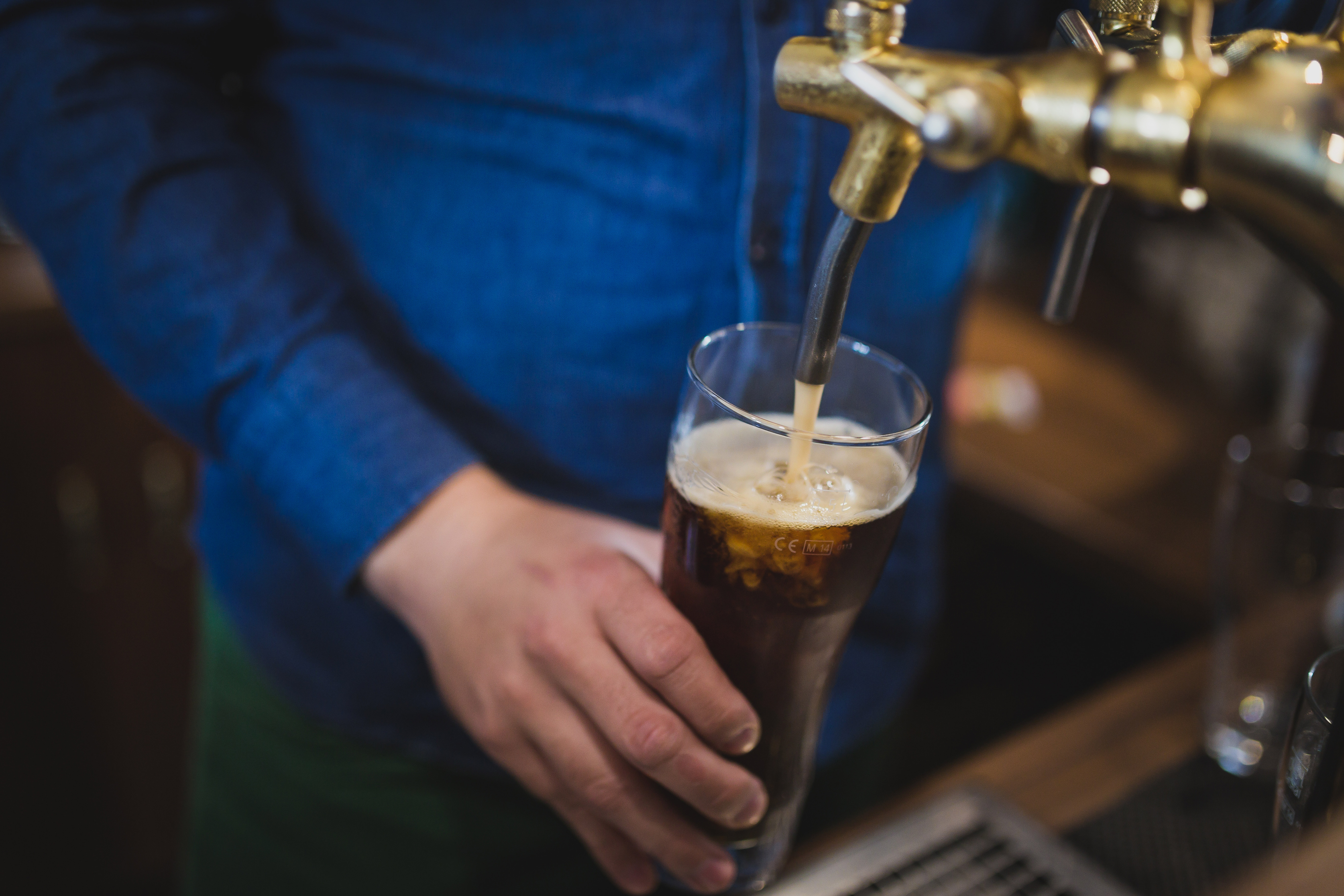 Plenty of men have enjoyed an ice-cold beer, or two, or three… you get the point. The “beer belly,’ which is often considered the flag for dad bods, is also a common sign of years of excessive alcohol consumption. Alcoholic beverages aren’t inherently unhealthy, as moderate alcohol consumption (1 drink per day for women and 2 for men) can actually have positive health effects. The line between alcohol benefiting your health and hurting your health is an extremely fine one, as that second or third drink pushes you into excess alcohol consumption, which brings similar health problems as overeating or a lack of exercise.

The “beer belly” also refers to the collection of visceral fat, which emphasizes the need for moderation, as the collection of fat around the organs is difficult to get rid of, and carries an elevated risk of metabolic syndrome. While a perfectly trim waist does not need to be the goal for every man, avoiding adding mass through too many drinks is crucial to preventing metabolic syndrome and creating a healthy body. 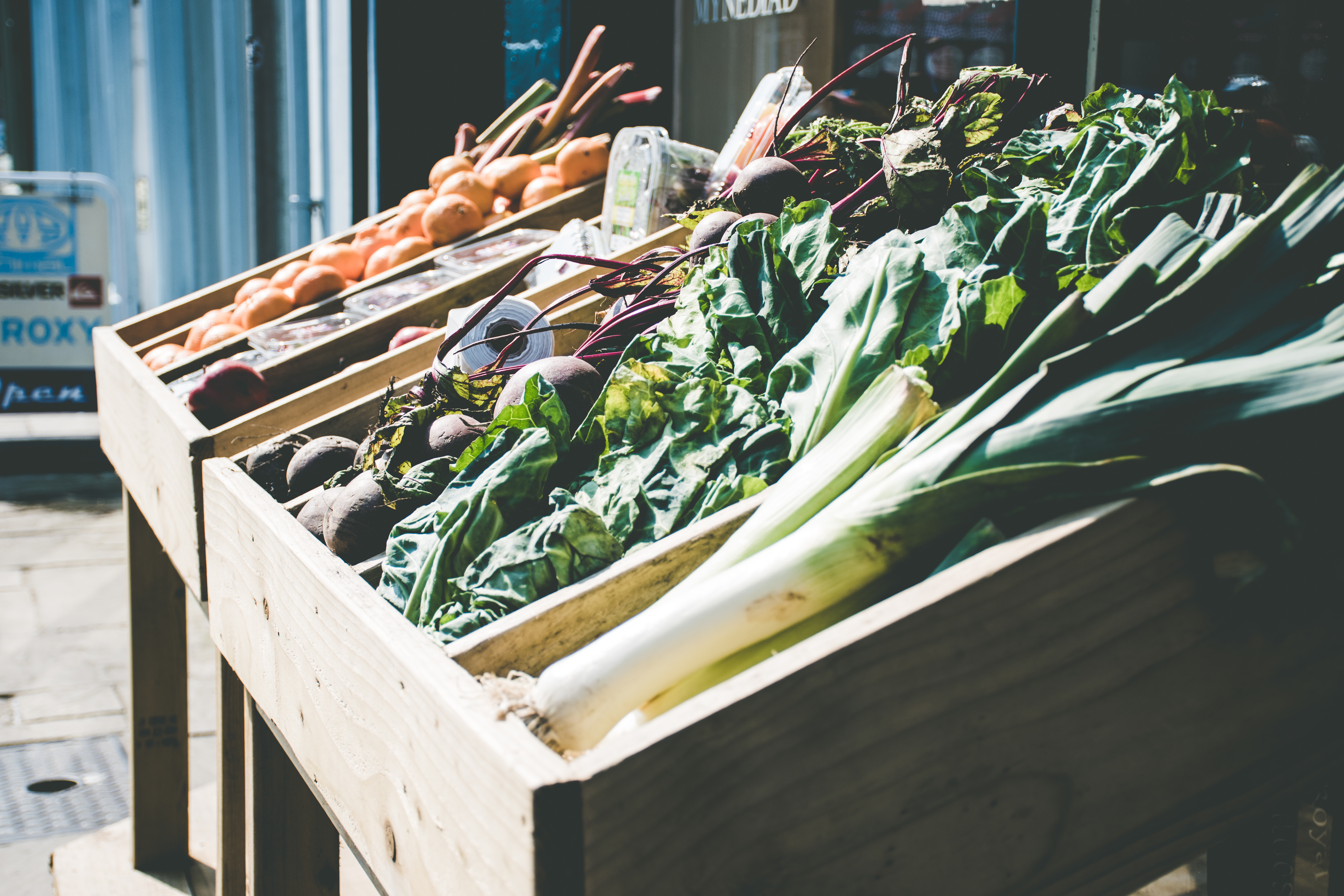 The magic of the Dad Bod is that imperfections are appreciated instead of judged. Perfection is a goal that can’t be reached, but a healthier lifestyle is easily attainable. In order to have a Dad Bod that is also healthy, you must find a happy medium between positive body image and healthy body composition.

Applying the Dad Bod mindset to your daily choices is a great way to improve your health. Instead of tackling an intense diet, emphasize making a few healthy choices. Pick a smaller portion at your next meal or add some color to your plate with different produce options. With the obesity epidemic affecting populations all over the world, simple methods to improve nutrition can make all of the difference.

The formation of the Dad Bod trend has addressed a troubling side effect of social media, in which individuals work to develop the appearance of a successful life, instead of actually doing the work to create that success. Embracing your Dad Bod means separating the stigma of working out, which is now viewed as obsessive and self-involved. Exercise should be viewed as a therapeutic activity which is used to improve emotional and physical health. Working out doesn’t have to completely transform your appearance. It can just transform your quality of life.

You have a Dad Bod, which wasn’t a big deal 10 years ago, but now is the desired look. That’s a great position to be in, but don’t let the trend negatively affect your health. Remember that having a Dad Bod doesn’t preclude you from making healthy choices. Moderation in eating and drinking is key, and exercise is a valuable addition to your daily life. Instead of seeking perfection in your appearance and lifestyle, just appreciate how you look and strive to improve your unhealthy practices little by little. 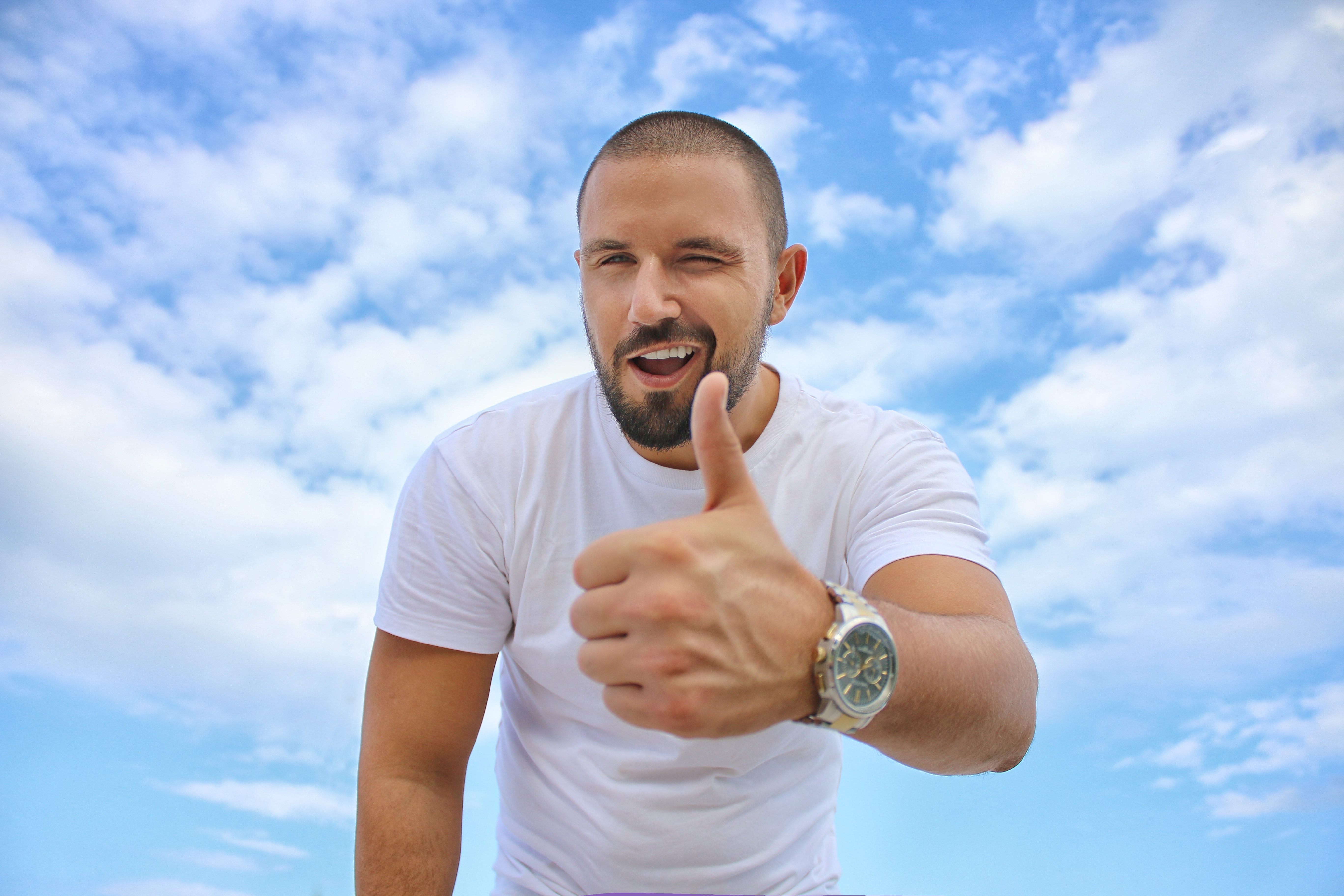 The Dad Bod trend is an encouraging development in the world of self-image. If used correctly, a positive shift in social norms and overall health can occur. The “perfect physique” should be whatever Bod you have now, but your health and body composition can still be a work in progress. Strive for regular improvement, not perfection. That’s what the Dad Bod is all about.

Evan Hadrick is a former collegiate track athlete who graduated from the University of Miami and currently works as a track & Field/Cross Country coach and athletic administrator in Dallas, TX. You can read more of his work at StateoftheU.com, where he is an assistant editor contributing sports commentary about University of Miami athletics. 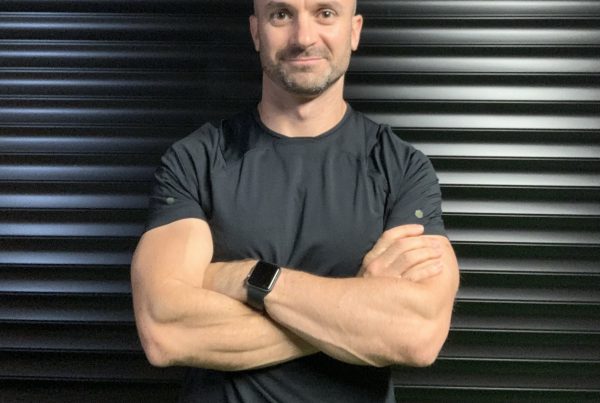