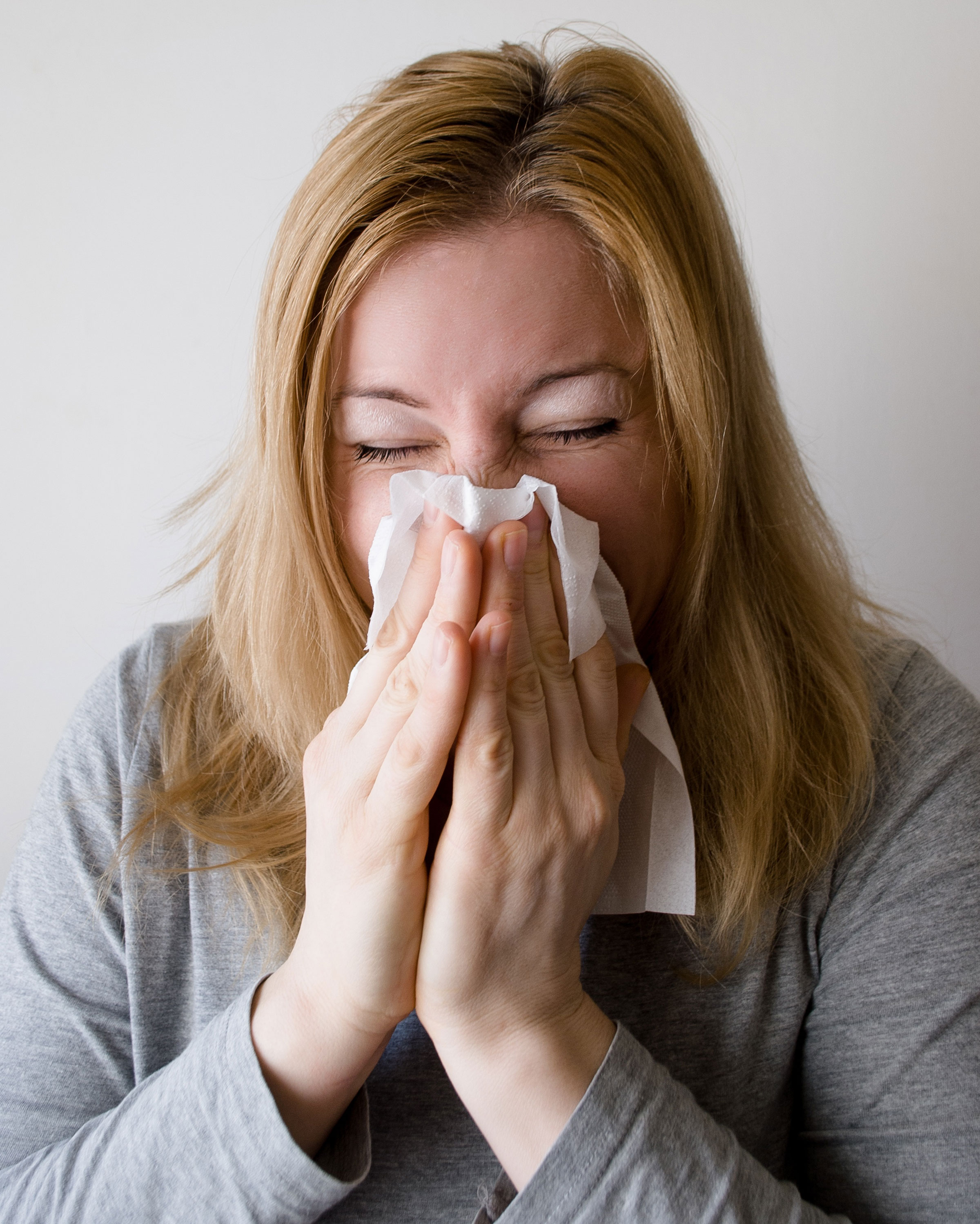 If there’s one thing everyone can agree on, it’s that no one likes being sick.

What if there was something you could do to improve your health and reduce your sick days?

As it turns out, having a healthy body composition contributes to a stronger immune system, helping you to resist minor infections and reduce your risk of getting serious diseases, like heart disease and diabetes.

What’s a healthy body composition? Put simply, there are two main areas of focus: sufficiently developed muscle mass and a body fat percentage in a healthy range  (10-20% for men; 18-28% for women).

How does this tie back into the immune system and your health? It all has to do with the nature of body fat.

What Happens When Your Immune System Activates

When your body gets sick – due to a bacterial infection, a virus, etc. – the body’s defense system gets triggered, causing inflammation.  This is thanks to your “innate” immune response: your body’s all-purpose defense mechanism that serves as the first wave of defense against foreign invaders.

The infected area becomes red and swollen due to increased blood flow, which can be unsightly and uncomfortable. Think of what happens to your nose when you get a cold. That’s inflammation.

This reaction is caused by white blood cells called macrophages and the proteins they emit called cytokines (this word will be important in a minute). These cytokines encourage inflammation.

You may have not thought of it this way before, but inflammation that’s triggered by your immune system is typically a good thing. That means your body is releasing the appropriate hormones and proteins, activating your white blood cells to start the recovery process, and working to defeat the infection.  If there wasn’t any inflammation, your body would be in serious trouble.

So if inflammation is what naturally occurs when your body’s immune system is triggered, how does inflammation relate to body fat, body composition, and obesity? Most people know that your body stores excess calories as fat so that you can use it later for energy if food becomes scarce.

Just recently, scientists have learned that fat is an active endocrine organ, one that can secrete a whole host of proteins and chemicals, including inflammatory cytokines.

What happens when your body keeps adding on more and more adipose tissue?  Cytokines are released by your fat cells, triggering inflammation. In fact, obesity is characterized by researchers as “ a state of low-grade, chronic inflammation.”

This means that increased fat cells puts your body in a constant state of stress/immune response. Your body is always in a state of inflammation; your immune system is permanently “switched on.”

Think of your body’s immune system like your body’s crack team of defenders, highly trained and designed to repel any and all foreign invaders.  In this scenario, your adipose cells are like enemy agents planted in your home territory. Their mission is to spread fear of an attack at all times, and they trick your defenders to be on high alert at all times.

As you might have guessed, perpetual, never-ending inflammation isn’t good for the body.

Obesity causes a state of chronic inflammation, and this causes your immune system to become compromised.  Chronic inflammation is a serious issue and can lead to the development of minor and serious illness and conditions.  Here are a couple examples:

You may remember several years ago that there was a particularly deadly strain of the flu virus called H1N1.  As hospitals started to fill up with the sick, doctors in Spain noticed something: overweight and obese patients were beginning to show up in disproportionate numbers in intensive care units, and they were staying for longer than people who were not obese or overweight. Increased inflammation due to increased pro-inflammatory cytokines appeared to be a leading factor contributing to their increased flu risk.

Stories like these led  researchers in Canada to analyze the flu records for the previous 12 years, stretching from 2008 back to 1996. They found that people who were obese were more likely to come into the hospital for respiratory diseases than those who were not obese. They concluded that obese people were an “at risk” population during flu seasons due to their compromised immune response.

Heart disease is the leading killer of adults in the United States.  Although there are many factors that can contribute to heart disease, recent research has pointed to inflammation caused by obesity as one of the most significant factors contributing to its development.

The main culprits are, again, the cytokines produced by excess fat in the body.  These cytokines cause inflammation of the walls of your arteries, causing damage to the arteries and increasing pressure. Blood pressure is the force of blood pushing against the walls of your blood vessels. When you have high blood pressure, it means that your heart isn’t pumping blood effectively, and it starts to enlarge. An enlarged heart is a significant risk factor that can lead to heart failure if steps aren’t taken to remedy it.

Diabetes is a condition characterized by insulin resistance – the inability of your body to remove excess sugar from your blood. Just like heart disease, there are many related factors that lead to the onset of type 2 diabetes, and obesity has long been associated with the development of diabetes.

However, with the discovery that fat is an active tissue that can secrete cytokines and wreak havoc on the immune system, researchers have been able to show a link between obesity, inflammation, and insulin resistance. Increased inflammation was shown to disturb a whole host of processes and the endocrine system. When obesity and the subsequent inflammation is left unchecked for a long time, it increases the risk of developing insulin resistance, and eventually diabetes. A compromised immune system and inflammation aren’t issues that only concern overweight people.

Many people know that being overweight and obese is unhealthy and can lead to serious diseases over time.  Admittedly, poor diet and low levels of activity contributing to heart disease and diabetes over time in obese people isn’t exactly news.

Unless you start to take into account what the word “obese” actually means.

Classically, obesity has been defined by having a high Body Mass Index (BMI), a way of expressing the relationship of your weight vs. your height.  If your BMI exceeds 25, you’re labeled “overweight,” and once your BMI increases beyond 30, you progress into different levels of obesity.

Doctors have used BMI for obesity assessment for years, but unfortunately, BMI has led to confusion by inappropriately labeling people as obese or overweight when they are not, or healthy when they should be aware of their obesity risks.

Obesity doesn’t always simply mean “fat.” What obesity does mean is the excess accumulation of body fat, but what’s excess for you might not be for someone else. It is possible to have a “normal” BMI but a lot of excess fat; this is called being “skinny fat.”  Crucially, skinny fat people share many of the same metabolic risks as people who have high BMIs, including the risk of inflammation and a faulty immune system.

One way to determine whether you’re at risk is to have your body composition analyzed.  This assessment method will reveal your body fat percentage, a number that you can use to understand if the amount of fat you have is healthy or excessive for someone of your size.

How To Get Your Immune System Back In Line

Fortunately, because researchers have been able to identify body fat (and particularly, internal visceral fat)  as a major cause of inflammation and a compromised immune system, they’ve also been able to measure improvements when body fat is reduced. The goal to getting your immune system to function properly again is to stop it from being perpetually triggered.

In a study that followed obese patients who lost weight with caloric restriction and bariatric surgery, the researchers observed a significant reduction in immune system activation, which means less inflammation.  This reduction in immune activation occurred before and after surgery, which indicates that surgery isn’t always necessary: just the reduction of fat mass – and specifically, visceral fat.

Improving your body composition through a mix of strategies that promote fat loss and muscle gain can allow you to reduce your fat mass in a healthy manner that doesn’t require drastic measures like bariatric surgery.  Although this process can and will take time, the effects of having an improved and healthy body composition are immense, not the least of which is reducing overall body inflammation and having your immune system function properly again.

We’ve gone over a lot of very technical stuff here, so let’s go over the main points for you to take away.

No one likes being sick, and no one likes having to manage diseases like diabetes that stick around for a lifetime. To help you avoid these problems, one of the best ways to determine if your body fat is excessive and/or causing inflammation is to have your body fat percentage determined.

Once you have your body fat percentage, you can compare it against the normal ranges for men and women.  For men, you’ll want to be no higher than about 20% body fat; for women, try to stay under about 28%. These ranges may vary slightly depending on whichever source you consult, but these are good guidelines and agree with the ranges set by the American College of Sports Medicine and American Council on Exercise.

If you reduce your fat mass to a healthy range, you will subsequently reduce inflammation and boost your immune system. Having a killer “beach bod” may not motivate you, but what about a healthy body and fewer sick days?

Everyone should see the value in that. 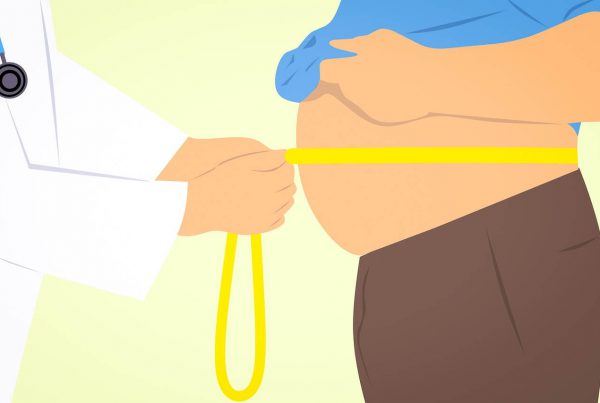 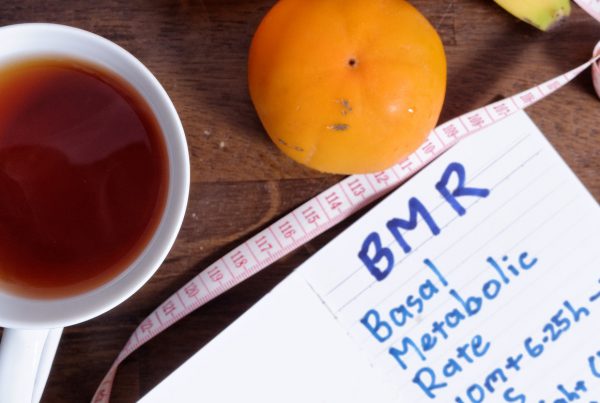 Your Metabolism and Your Body Composition 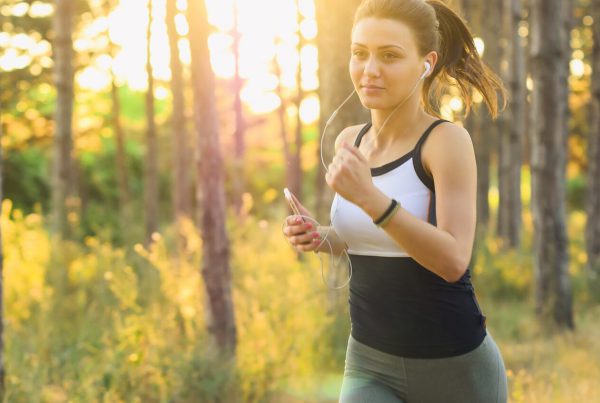 Muscle and Its Role in Diabetes Risk